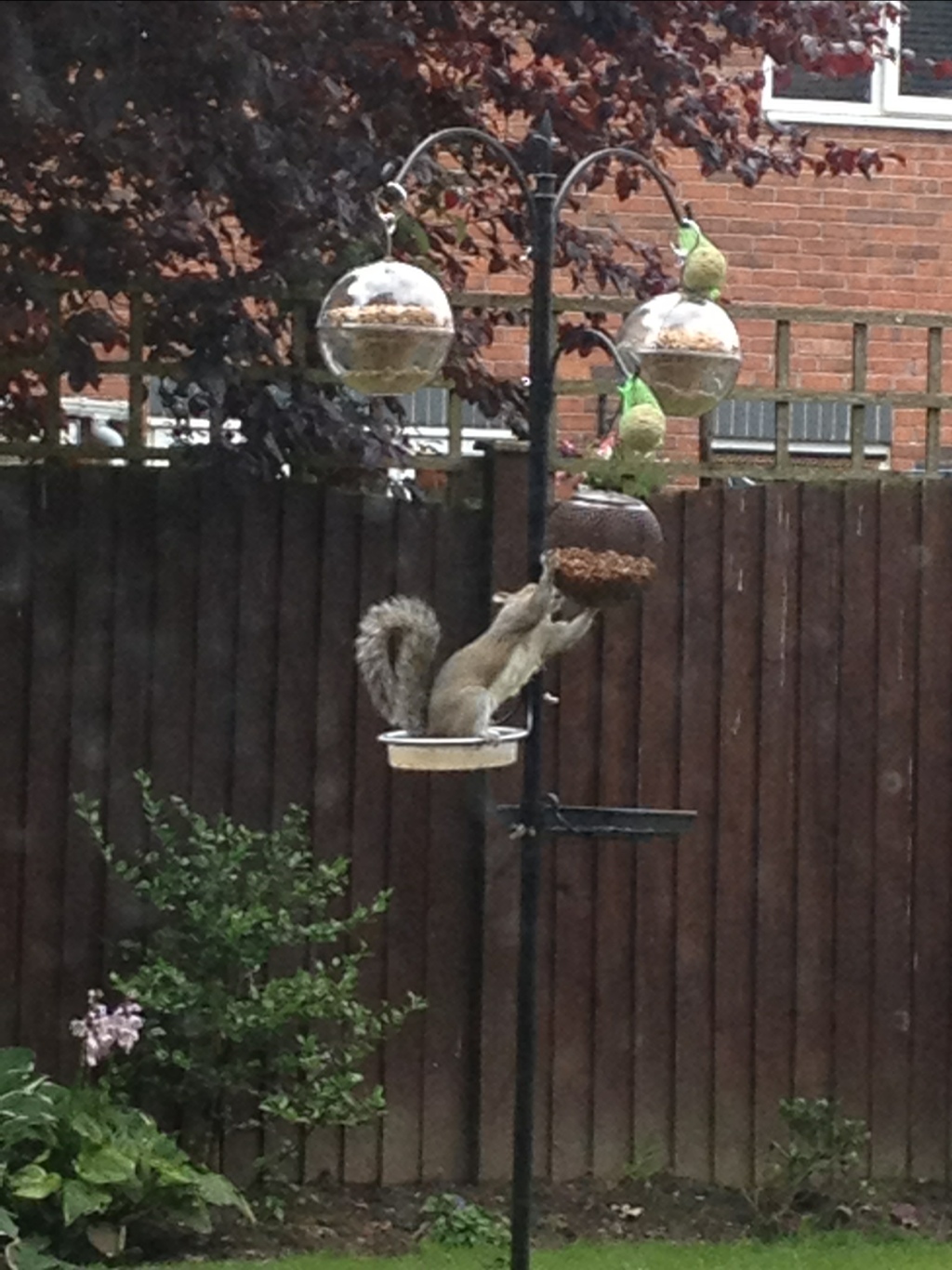 View from the office window. 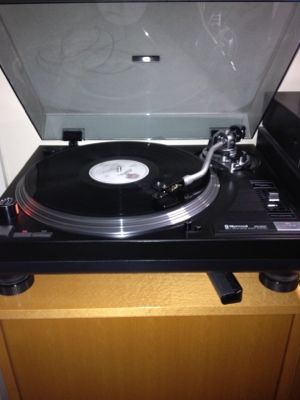 If you are a similar age to me, chances are that you have a large collection of treasured vinyl records gathering dust in your loft, or taking up masses of space in your living room. Shame it is a bit of pain trying to listen to them compared to the ease of a CD or even easier an mp3 player or similar. Nothing beats holding and reading the physical album cover mind.

A couple of years ago I got myself a Squeezebox network music player which set me on the road to try to digitise all of my records. A couple of years on and I have made a major dent in the task but there is still more than 50% to do.

So what kit do you need to do the job?
Well you could buy yourself a USB turntable and just plug it in to your PC but I don’t recommend that route unless you have no turntable at all. The quality of these devices leaves quite a bit to be desired. Others that blog on the subject say that the critical factor is the cartridge on your turntable and these USB ones come with cheap cartridges.

Instead, and assuming you have a working turntable and amp with a tape loop, I would opt for this low cost USB DAC – Behringer UCA202 – it has really good reviews and for its price it does an excellent job. 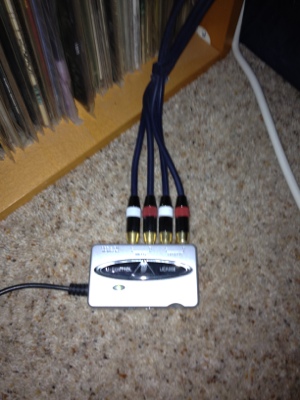 Alternatively you could get a DAC with built in phono pre stage and USB interface which will also do the job.

Don’t use a 2 phono to 3.5 cable and plug it into the sound card of your PC. The sound card is unlikely to be anywhere near good enough.

On the computer side you then need a decent spec machine with a good processor and decent amount of RAM and of course the right software. I use a fairly new Samsung net book for the job and depending on what I am doing various pieces of software.

Audacity is free and will do the basic job of recording but the splitting up your tracks and the tagging – encoding the artist and track name into the resulting file – are both entirely manual processes and can become a pain.

The best overall vinyl recording software IMHO is Spin It Again from Acoustica which does what Audacity does but also gives you the option of splitting the tracks and creating all the basic tags from an online lookup of albums and their contents. The software makes a fairly good job when it comes to splitting up the tracks although I find that there is almost always some tinkering required. It also comes with some audio repair filters which do a reasonable job of removing clicks etc.

Spin It Again (SIA) is great if you want to burn CDs from your recordings or if you want to create mp3s but it won’t do FLAC. For that you need to to use some kind of converter or consider using Vinyl Studio (VS) from Alpinesoft.

SIA and VS both cost around $30. SIA is what I use but it should be noted that there has been no development of the software since 2009. VS on the other hand is still being developed and probably is the better long term bet. I just can’t be bothered to learn its slightly clunky interface when SIA is so easy to use.

There are pros and cons for both bits of software. They both do the same job and they both do it fairly well but in my view SIA still has the edge. When for example you do an online lookup for track listing purposes SIA will show you a list of matches with the number of tracks shown. Very handy when there have been numerous releases of the same album with differing track listings. This isn’t handled nearly as well with VS. On the other hand SIA has no album art lookup whereas VS does and the latter supports FLAC which is the preferred audiophile format. At the end of the day you pays your money and takes your choice.

So you have recorded your vinyl, split it into tracks and tagged it at a basic level but find you want to add the composer and, if you are using SIA, some album art. Step forward mp3tag – a fantastic piece of freeware software that does exactly what it says on the tin. It is very easy to use and very good at what it does.

How long does the whole process take? The length of the album in question plus about 15 minutes for splitting tracks, tagging and writing the resultant files.

PS I would also recommend a decent pair of headphones as your other half is unlikely to appreciate the repeated opening bars of Layla etc drowning out an exciting (?) moment in Emmerdale as you struggle to get the track markers in exactly the right place!!

One of the first LPs I ever bought was Best Of Cream. I have been a fan of Clapton and to a lesser extent Bruce & Baker ever since and over the years have acquired most of EC’s recorded output.
I am not usually a fan of Best Of albums preferring an original album warts and all but when I bought it in 1972 I really had no idea about Cream and although I now have the entire catalogue Best Of introduced me to Cream and to me is a “proper” album in that I am totally used to the hearing the tracks in the order that they appear on the album.
Needless to say Best of Cream was one of the first albums I digitised but to be honest the LP is rather too scratched to make any kind of decent recording. It has never been released on CD to my knowledge although a number of similar compilations have appeared over the years.
Solution – I purchased a copy of one of the other compilations – The Very Best of Cream – which contains all of the Best Of tracks bar one plus a load of others. I then play the Best Of tracks in their correct order as they only seem right in that context if you know what I mean.
The “bar one” is White Room. Best Of contained a single edit but Very Best Of contains the full version from Wheels of Fire. I can just about live with that I think. 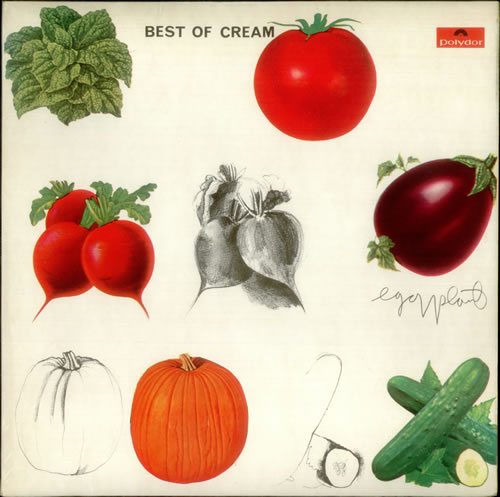 I don’t use the train very often but when I do it’s usually to travel from home to Central London. If there is only one of you travelling and if you can avoid “peak times” then by far the cheapest and most relaxing mode of transport is the chuffa.
When there is 2 of you travelling it isn’t quite so cut and dried financially but it’s a close call and when you factor in car parking and congestion charges it really is better to go by train.
We live fairly near Crewe and therefore use the Crewe to Euston service when we visit London. Today we are travelling to Sutton just outside London. A return ticket for one including the underground is £70 bar 10p – about the cost of a tank of unleaded but what I really like is that the journey door to door is going to be a shade under 3 hours. The Crewe to Euston leg is an amazing 1 hour and 35 minutes with no stops. It will take us almost as long to cross London and use the commuter train down to Sutton.
The other thing I like? Already had half a bottle of red to get the weekend going! 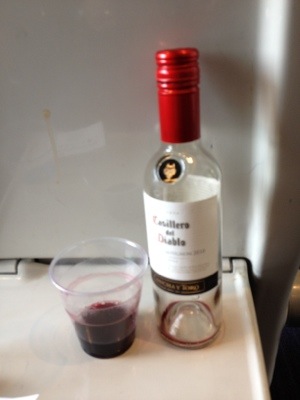