My mate Bilko sent me an email earlier this week inviting me to join him in his annual pilgrimage to Le Mans in June. The Boss says I can have the time off so I am going.

I have never been before and am really looking forward to it.

Minor downside. Bilko and two others have Porsches. We are going to Le Mans in bloody Porsches not red Italian stallions. C’est la vie. 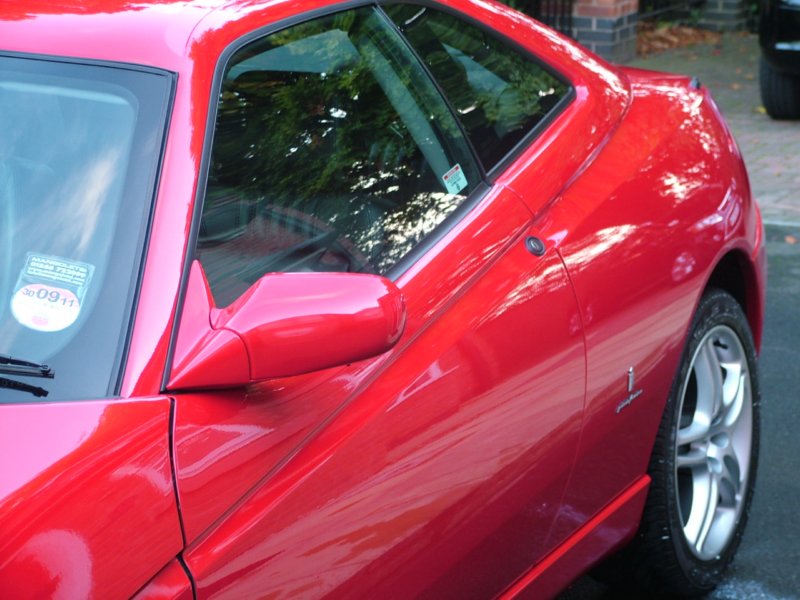 Just been up to Alfie’s and collected the Zebra. She is now fully revived so I shall recount the whole story for posterity.

I took her for a run on Good Friday up into the Peak District. The weather was lovely and I enjoyed a nice pint at the Crag Inn at Wildboarclogh before returning home. After cleaning off all the flies I went to put her back in the Garage which is where the story really starts.

She fired up Ok but then coughed to a stop after only a few seconds. Thereafter she turned over but refused to start. At the time we had AA Homestart Cover so I called them out.

AA bloke turned up after about 30 minutes. He plugged his diagnostic thing in but it told him nought. He checked the fuel delivery to the engine bay. It was Ok. He checked that there was a spark in the engine. It was Ok however the spark plug was dry. No fuel was being injected into the cylinders. The JTS engine has a secondary high pressure fuel pump that delivers fuel to the injectores. He determined that it could have been the high pressure pump but he had no way of telling. He offered a tow to the nearest garage – Alfie’s – but as it was the Bank Holiday weekend I didn’t think that would be appreicated so he left.

You may remember that the Easter weekend was followed by another Bank Holiday weekend and Alfie was having a tile floor laid at HRG so it was a fortnight before Alfie turned up on a Saturday afternoon with his tow truck to take her off to do some proper diagnostics the following week.

I called Alfie on the Monday. He reported that his Bosch diagnostics reported the same as the AA i.e. nothing and that he would have to do some tests over the week when he could fit them in. During the course of the week he had a 156 JTS in for a service and was able to take the High Pressure pump off my car and connect it briefly to the 156 to establish that there was nothing amiss with that. The HP pump from the 156 when connected to my car refused to deliver fuel thus pointing to my standard Fuel Pump as the problem. It was working but not delivering fuel at a sufficient rate to activate the HP pump.

By the way thanks to whoever had their 156 JTS in for a sevice at Alfie’s for unknowingly participating in the diagnostic process.

Last Friday I picked her up from Alfie’s post Fuel Pump replacement and while he had got her running it was clear she wasn’t right. There was hesitation on sharp acceleration and the Engine Management Light would flash immediately afterwards for a few seconds. Alfie thought it might clear itself over the weekend but alas not.

So yesterday she went back in for some more diagnostics and with the benefit of the Bosch thingy Alfie was able to establish that cylinder 4 was misfiring. After swapping the coils over he was able to determine that the coil on cylinder 4 was at fault. Coincidence? No. That was the coil that the AA guy had removed to test for a spark. We think he shorted it.

Today. Friday. She is back with me and purring like she was before. She has effectively been off the road for the best part of a month and has cost me quite a bit of cash to get fixed.

Should I complain to the AA. What is the point ? The AA cover has expired since the incident and they wanted too much for renewal so the powers that be have signed us up with the RAC for the next 12 months.

If you see Alfie don’t buy him a drink, get him to buy you one. He can afford it ! 🙂

The Zebra came back from Alfie’s on Friday but she is due back in again tomorrow. After a lot of head scratching Alfie and his team determined a problem with the fuel pump. It was working but not delivering fuel at sufficient pressure to go through the secondary high pressure pump and then to the injectors. The JTS engine is similar to a diesel in this regard. The fuel pump got changed last Thursday / Friday. Not an easy (or cheap) job as it involves dropping the car’s rear sub frame in order to access the fuel tank. She now starts and runs but is very hesitant when you give her some beans and the Engine Management light flashes for a minute or so after the hesitation. Prior to the change of fuel pump the diagnostics were nil but since we now have a flashing light on the dash we should get some sort of indicator as to what else remains wrong. Fingers crossed.

The Zebra sailed through her MOT but she is currently off the road due to an unknown fault. Alfie at HRG is currently trying to find out what is wrong. I took her for a spin over the Easter weekend and when I came to put her back in the Garage she started and then coughed to a stop. It isn’t the crank sensor as first mooted. It isn’t electrical – she is sparking – it isn’t the fuel pump (fuel is arriving in the engine bay Ok) and she turns over as if she should start but it seems that no petrol is being injected into the cylinders. Nothing showing on Alfie’s Bosch diagnostics thingy. I can’t see it being anything too serious but proving very difficult to find.