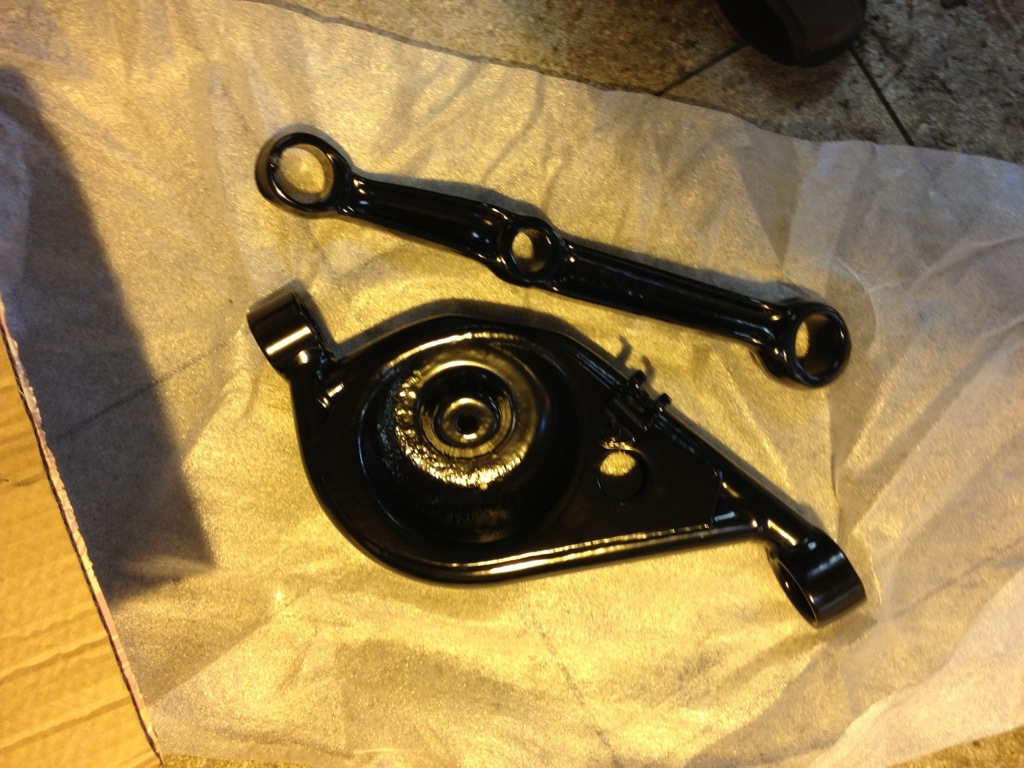 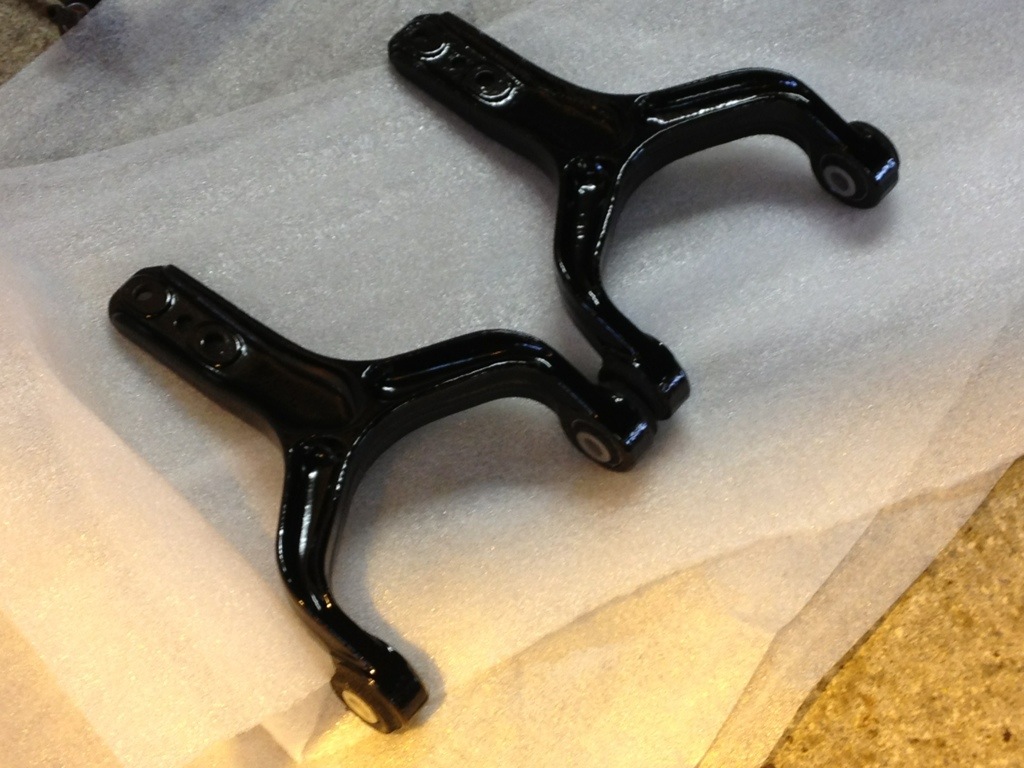 These are the original parts that have been sand blasted and powder coated. Pictured is one set of powder coated spring pan and dog bone (there is another set) and two painted wishbones. They look as new.

The spring pan is £250 new from Alfa or around £120 reconditioned from Autolusso. All six pieces cost me a total of £120.

My second car was a Series 2 Alfasud 1.5 TI in an orangey brown colour like pictured here (I have since been reminded out that the colour is called Bruno Cilento) 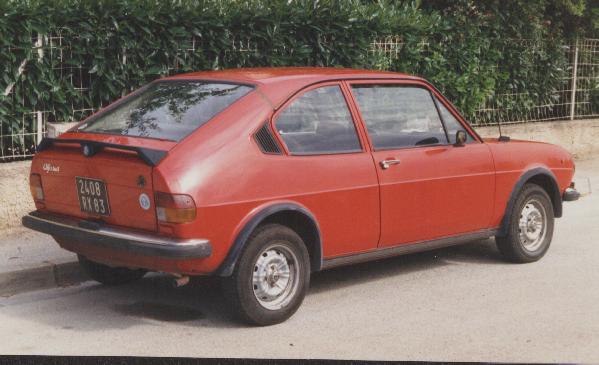 I loved that car but eventually she just fell to bits as holes started to appear all over her due to the dreaded rust. Bloody Russians!!

For those that don’t know the “new” Alfa plant in Turin that was building Suds had been financed by Russian money in return for Alfa using what turned out to be sub standard Russian steel for manufacturing the Sud.

Anyway why do I mention all this? Well yesterday when I took the Cup to HRG there was a self same similar Alfasud in for its annual MOT and service! Bodywork and running gear looked immaculate to me but I didn’t get to see the interior. Alfie told me it is a barely used car and was featured in Auto Italia but I have never seen it at any Alfa events.

I have asked Alfie to let me know if he ever hears it is for sale.

The Fiat Punto that I bought 18 months ago has been sold.

I bought her originally so that my step son could learn to drive which he duly did. He has however fallen foul of the Road Traffic (New Drivers) Act 1995 and been snapped twice by speed cameras on the M60. That means 6 points and go back to Square 1. He has to apply for a provisional licence again and go through the whole driving lessons and test process again. If he passes he will get his licence back but with 6 points on it. Needless to say that is also going to put the insurance through the roof. So the Fiat has been sold.

The buyer has got himself a very clean lowish mileage car with 12 months MOT, 4 recent tyres, recent exhaust and battery and Alfie has just serviced her and changed the cam belt. Bit sorry to see her go but at least she will be financing the essential work needed on the Cup. 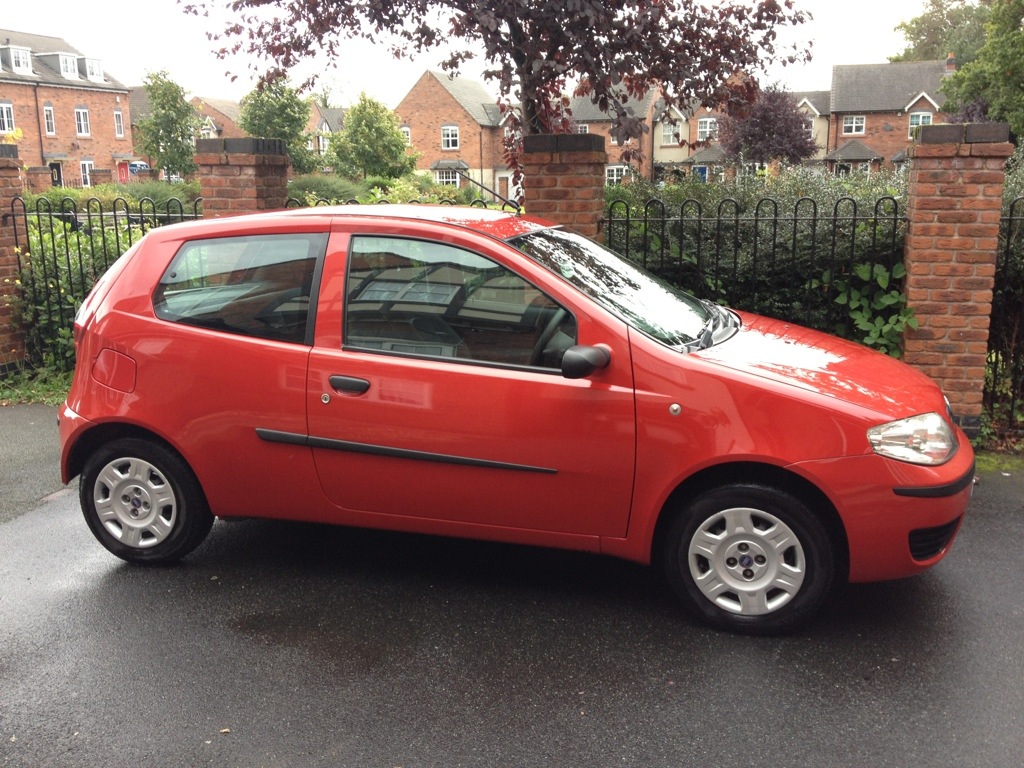 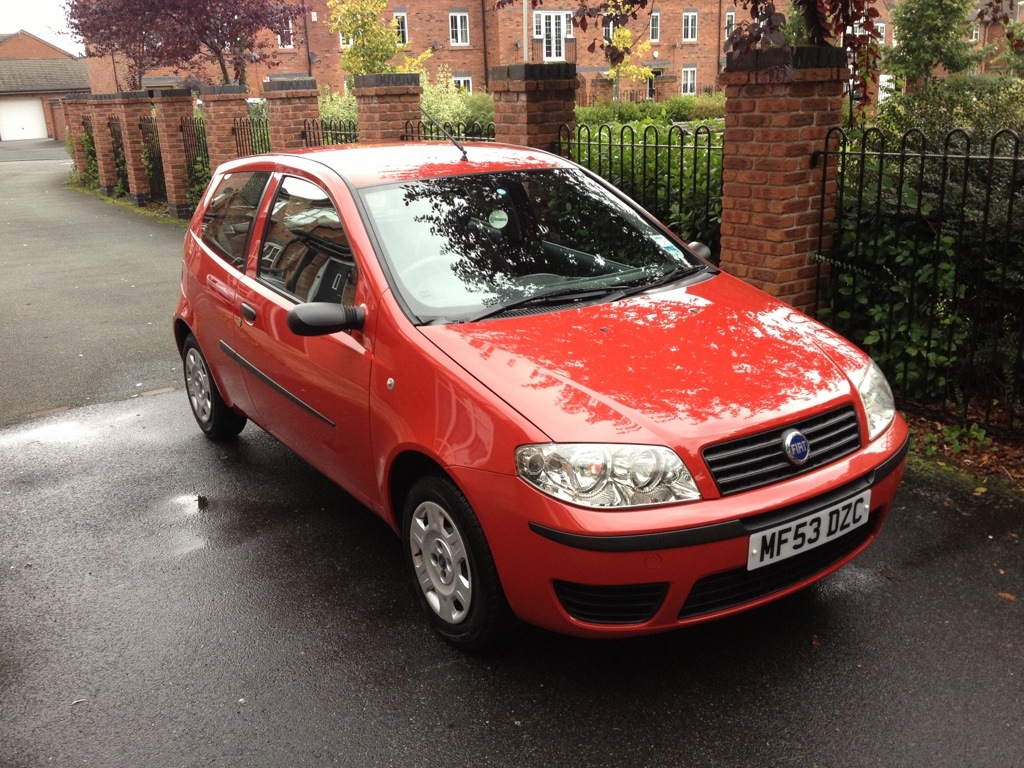 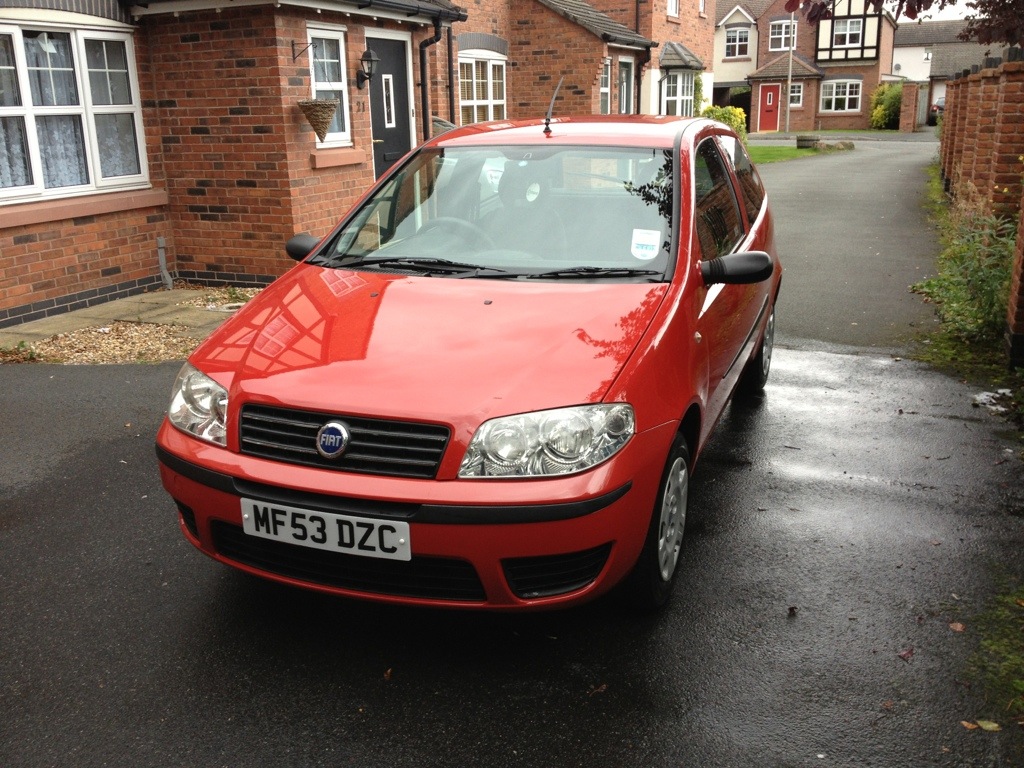 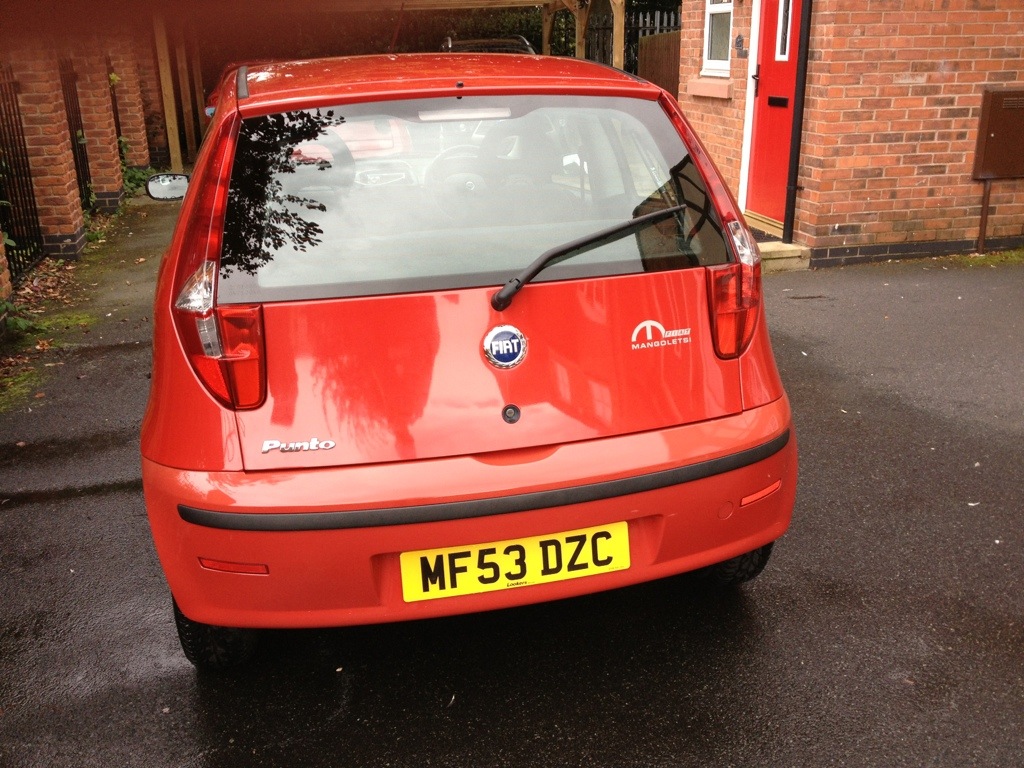 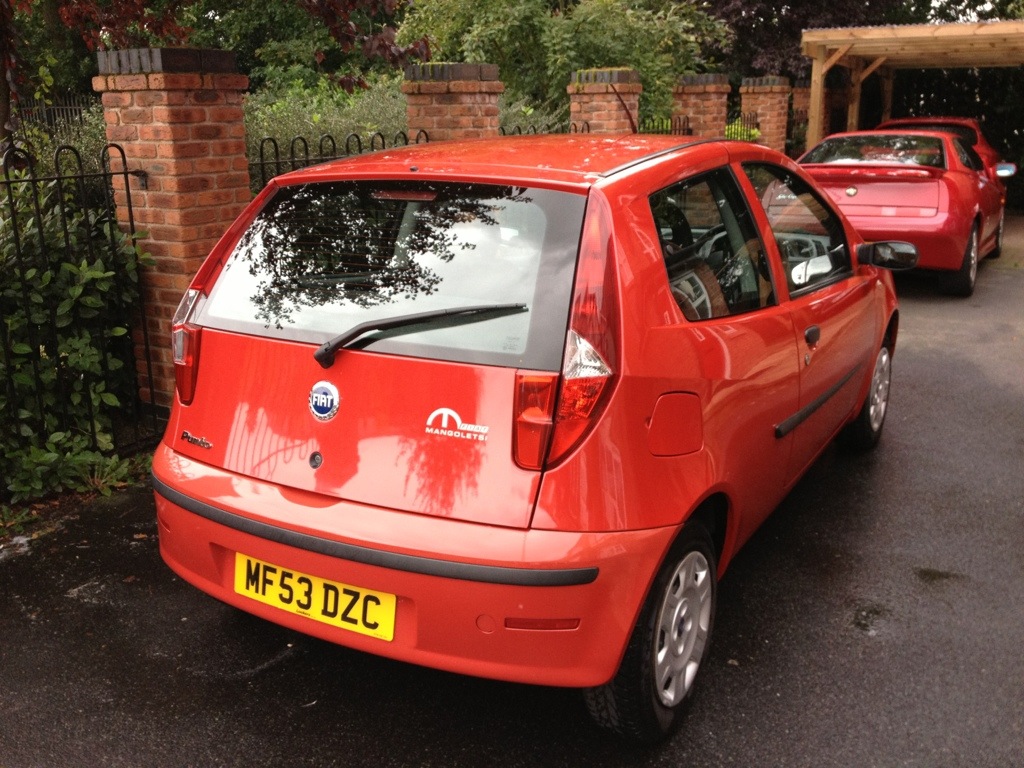 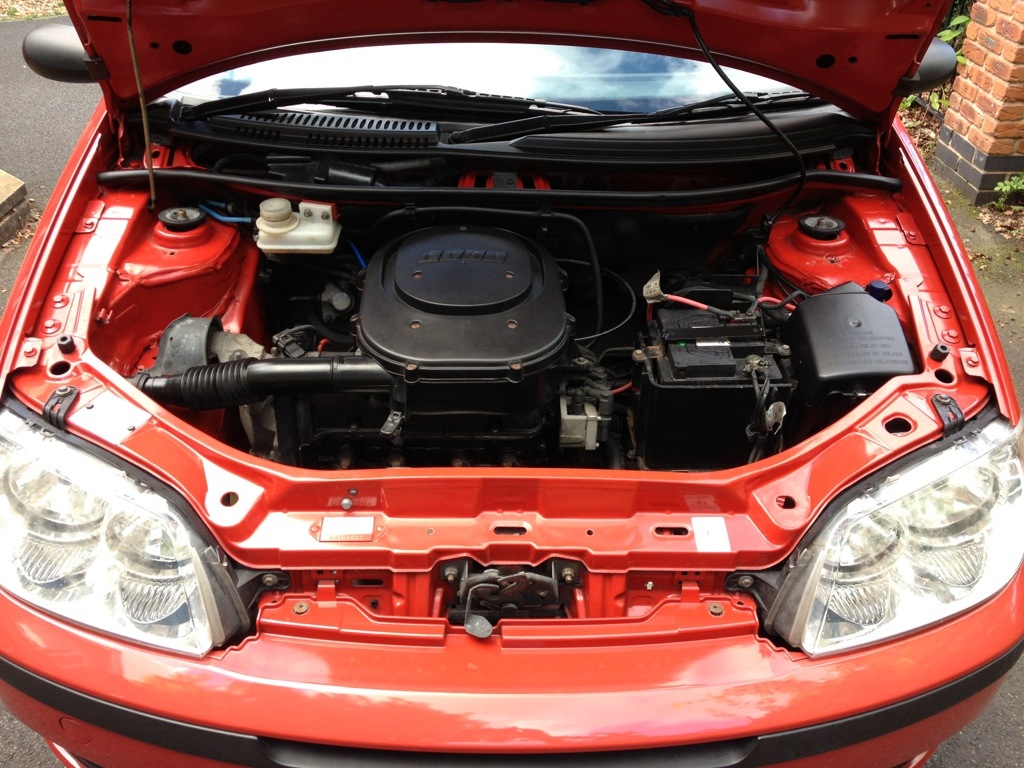 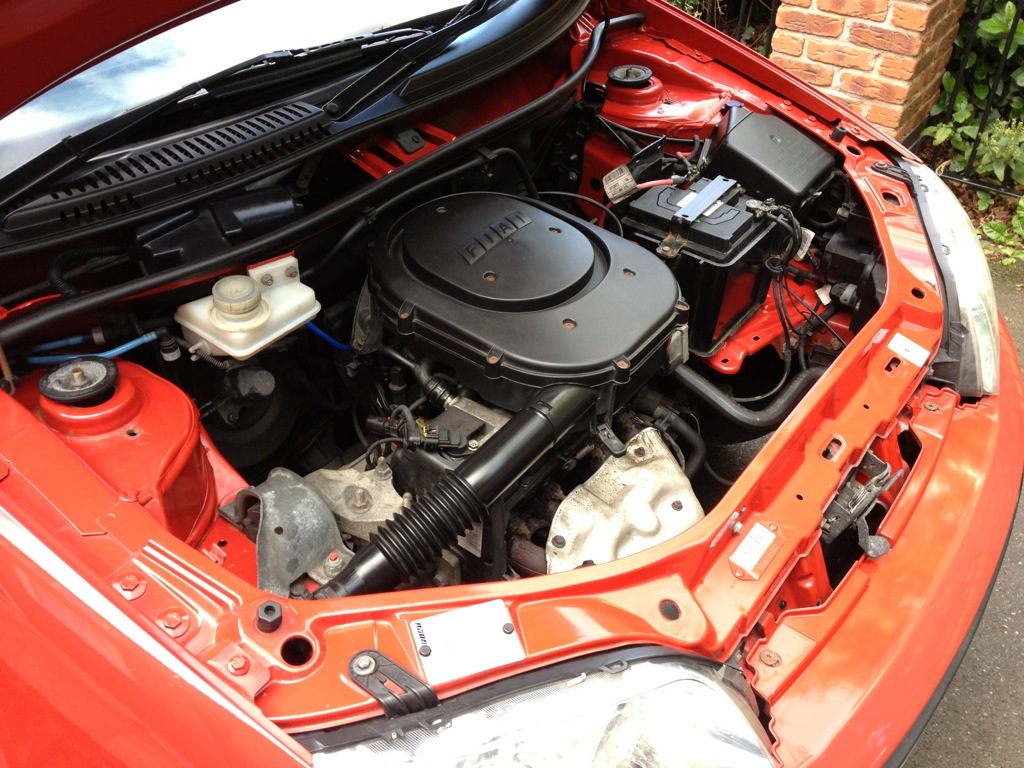 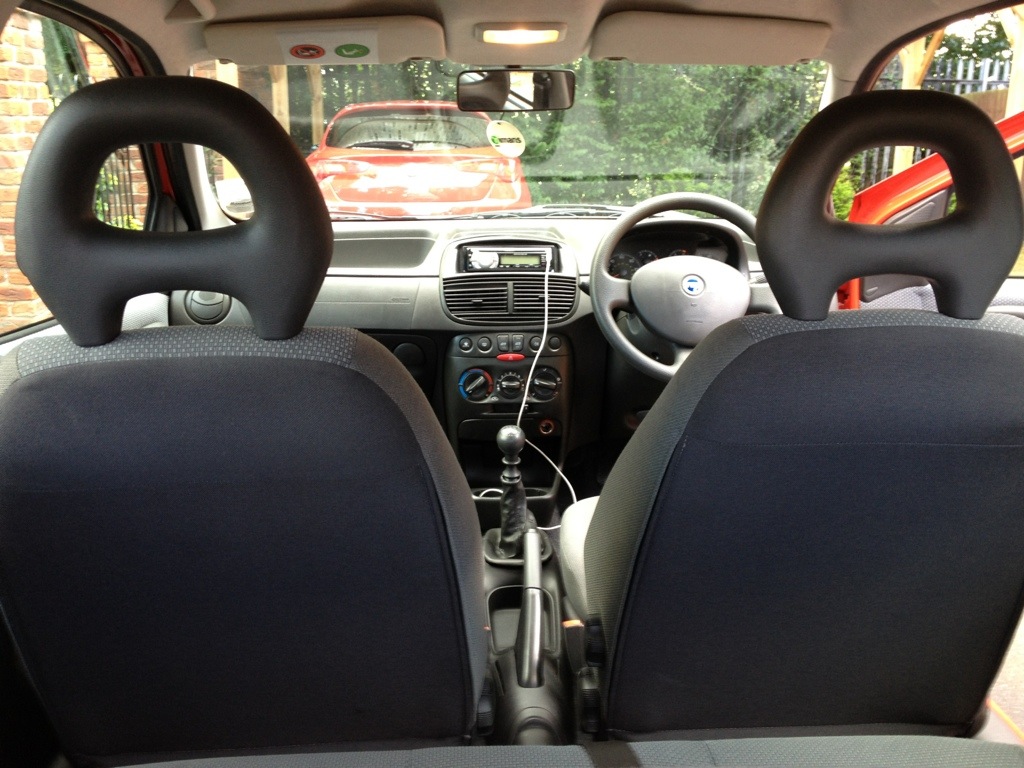 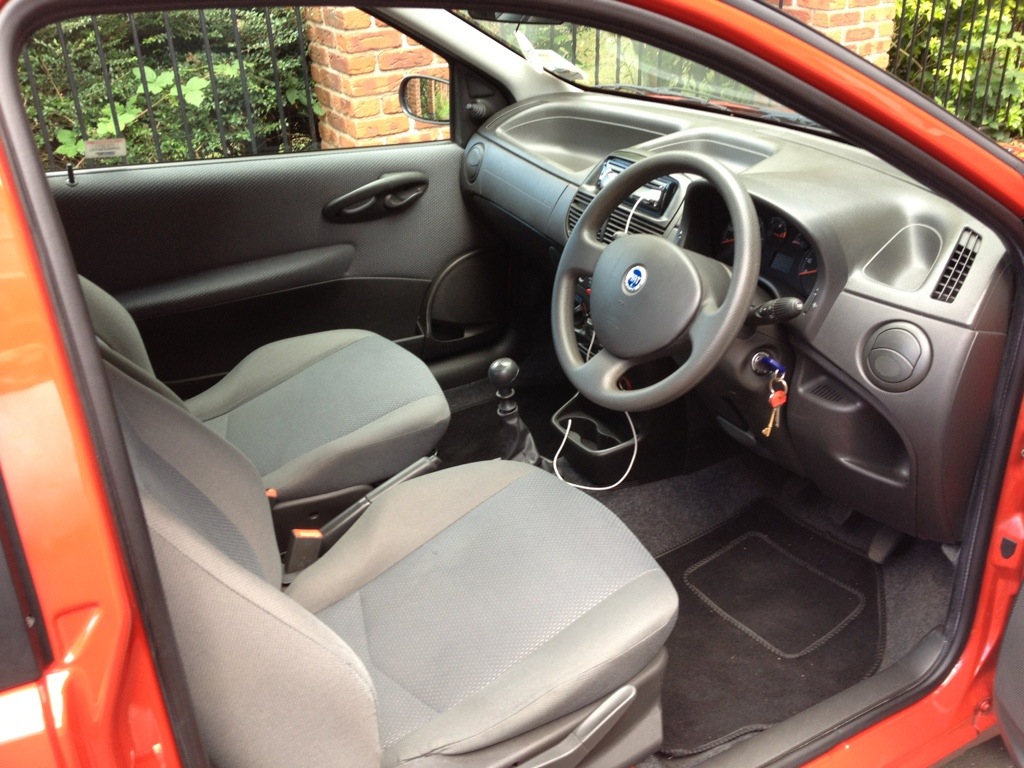 The Cup went in to HRG yesterday for a rear suspension rebuild. Alfie and his team have dismantled everything and earlier I nipped up to collect the spring pans and dog arms which I have taken to be sand blasted. After that they are going to be powder coated.
Car is up on ramps and will be cleaned up underneath and waxoyled while the parts are being sorted.
Ultimately the rear suspension will be rebuilt with powerflex bushes. 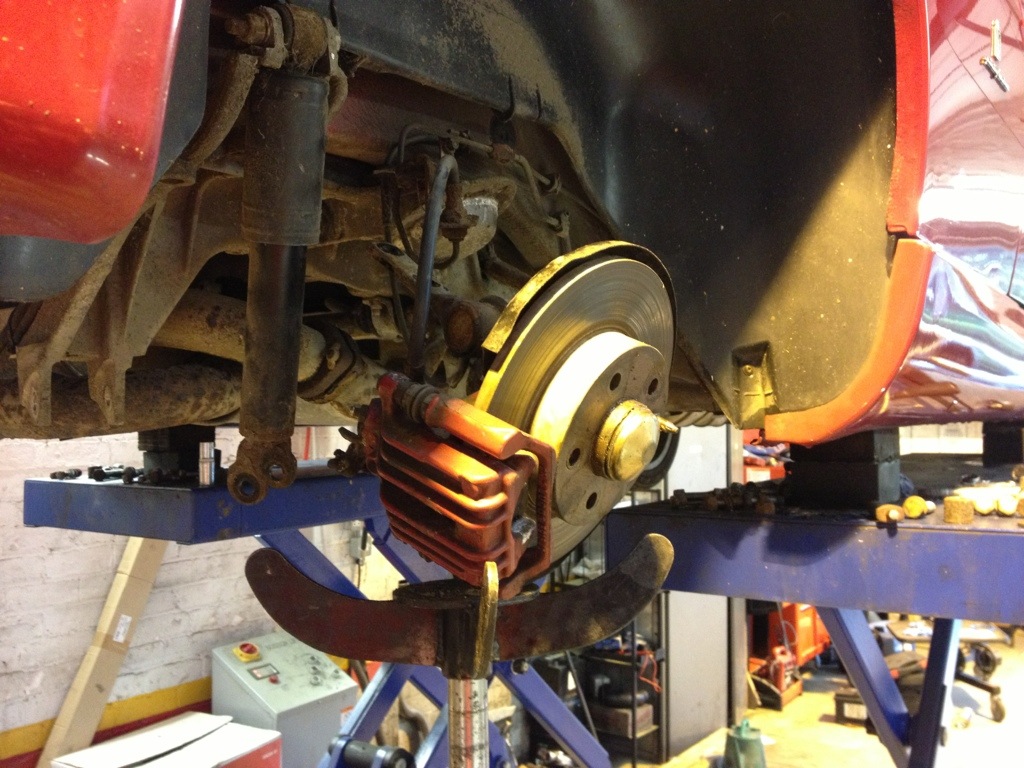 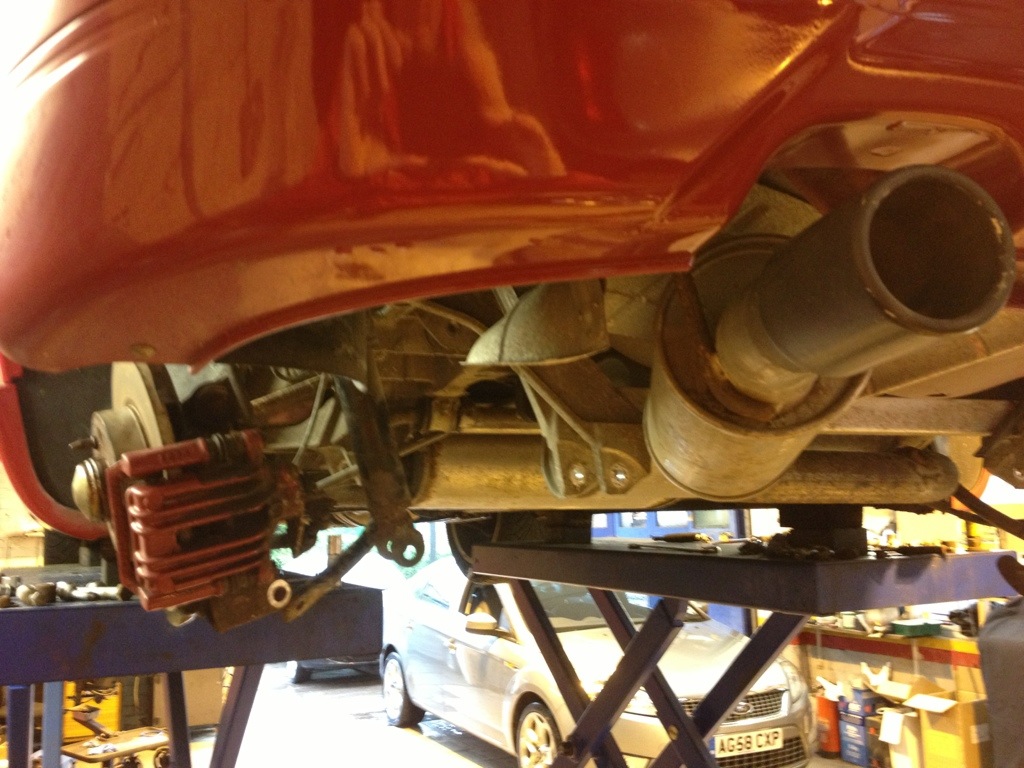 Took her up to Alfie at HRG today to book her in for the rear suspension rebuild. Part of the work will be to shot blast and powder coat the spring pans and dog bones. What colour should I get them coated in? I want to keep her as original as possible so the obvious colour is metallic grey or silver. Has anybody any alternative ideas which won’t be too gaudy? A little bit of me thinks red or yellow would look good but …

The fuse?
Symptoms. Interior lights, glovebox light, boot light and puddle lights all out. Can’t be all 4 bulbs so must be blown fuse obviously. Been through the fusebox systematically and all ok so while at HRG mentioned this to Alfie who kindly said he would take a look. He went systematically through the fusebox but couldn’t find the fault. We decided to leave it until the rear suspension is being done. Drove home and noticed the windows didn’t now work, nor did the central locking or fuel and boot solenoids. Fortunately Alfie wasn’t too busy this pm so drove her back. 2 hours later after Alfie and two of his lads had all scratched their heads and I had jet washed one of their vans we found that Alfie had accidentally disconnected a wire at the back of the fuse box. Doh!

The interior lights are fixed as well. Not a fuse. Someone had deliberately disconnected the bulb in the boot to save drain on the battery. The loose cable was earthing the other lights on the same ring. 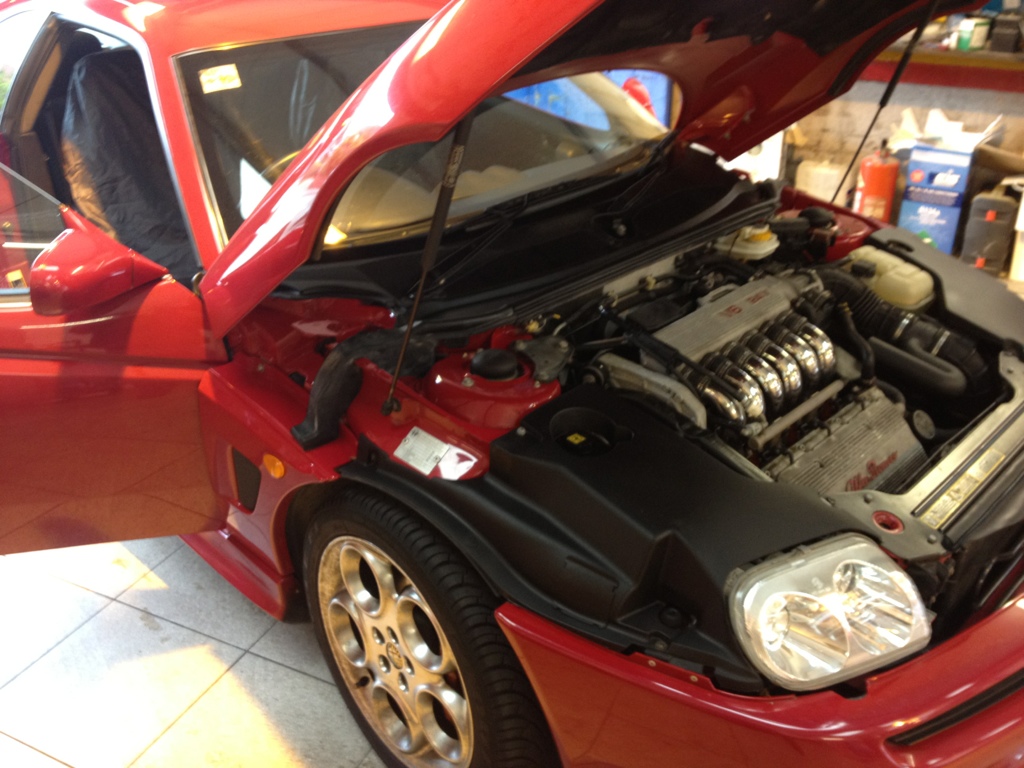