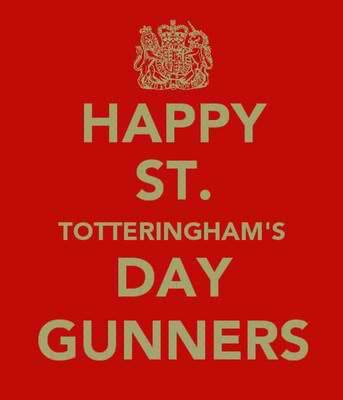 A little nervy but got there in the end.

Xmas isn’t really Xmas until you have heard Noddy shout/sing “So here it is Merry Xmas” at least two or three times.
I am a bit too young to have really appreciated Slade even though their first album (which was really their second) Play It Loud was the first album I ever bought. It is numbered 3 in my collection because the second and third albums I ever bought were cooler – Roxy Music (eponymous) and Roxy Music, For Your Pleasure – when I started numbering my purchases.
I love Roxy Music but Slade were the first band I ever really listened to. Before buying Play It Loud I had already bought the single Coz I Luv You and it was really that which brought me to the album in early 1972.
As most from that era will know Slade were by all accounts an exceptional live act but I never saw them live as I was too young to go unaccompanied to late night music events – that occurred from about 1975 on – although I was apparently old enough to trek across Epsom Downs to Tattenham Corner where I would catch the 164 to Mordern via Sutton and then jump on the Northern Line all the way to Drayton Park (now an overground station) to join 50,000 others at the home of football AKA Highbury. That’s about 40 miles by public transport with the first bit (and therefore also the last on the return journey) a mile and a half walk across common land.
I was 13. Would you let your 13 year old do that nowadays?
Actually it was 70/71 when I first started going to Highbury on my own. I would have been 11 or 12.
All Gooners will know the significance of 70/71. My first match was the opening home fixture against Man Utd (my Dad took me to that one). The Utd team included Best, Charlton, Law etc. We won 4-0.
Despite things being different in those days I was still considered too young to go to London at night time for a “gig” so I missed ever seeing Slade live (and also Roxy Music until my wife blagged some tickets in 2011 for Manchester MEN).
By 1975 Slade were considered “Pop” and when 76 came along we were following the early punk bands so a Slade gig was a definite no no.
Anyway there has been some Slade stuff on TV over Xmas which I have managed to watch On Demand when the rest of the household has still been in bed. I have watched quite a few similar music documentaries etc as they have stayed in bed a fair bit this Xmas (nothing new really).

Back to Play It Loud. This is, as any even half hearted Slade fan will tell you, the “skin head” album. That phase of their career was a bit weird really as although it definitely gained them some notoriety their music was anything other than representative of what skin heads were generally listening to.

Play It Loud is however a cracking album and to me still a really good listen. The songwriting of Jim Lea and Noddy Holder is starting to come to the fore and some of the stuff here is really underestimated. It isn’t stomp your feet stuff but it is heavy good time rock with Noddy’s distinctive half shouted vocal really beginning to come into it’s own.
Great music. Get a copy and “play it loud”!

First time I have seen the Arsenal this season. In home team seats courtesy of a customer. We weren’t rubbish but we weren’t good either and really only tried in the last 15 minutes.

That said Man Utd weren’t very good either. The crowd around me seemed to think they were, but from where I was watching they failed to exploit an obvious weakness down our left flank and while I haven’t seen the stats I am pretty certain that in the first half we had more possession and United only led because we gifted them a goal.

Mike Dean was the Referee. Inconsistent. Gave a dubious penalty and didn’t give Cleverley a second yellow when he booked Rooney for a near identical foul a bit later. He had no such charity for Jack Wilshere.

Away fans were superb. Santi’s late late consolation was the best goal of the game.