A year or three ago I wrote a short article on how to digitise your vinyl records to a digital format to play in the car etc.

How to digitise a Vinyl record (or a Cassette etc)

Time has moved on and I thought I would re-visit what I wrote to see if anything has changed. It has a little but not much.

The main change is that I am now “ripping” everything to FLAC rather than MP3. Truthfully there is not a lot of difference between 320kbps MP3 and FLAC but using top end equipment I believe I can hear it so it is now FLAC for me. This means that some stuff is being re-digitised.

The other significant change is that I no longer use Spin-it-Again but am now using VinylStudio by Aplinesoft to rip my vinyl records to FLAC.

Software being used is 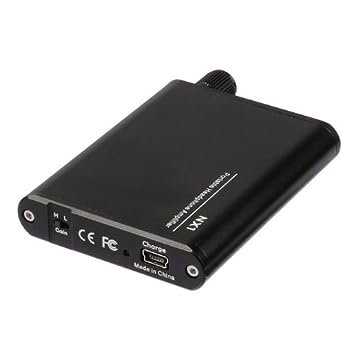 I like Topping products. With the recent acquisition of a TOPPING NX1 Portable Audio Amplifier Headphone Earphone Amplifier, 3.5mm USB Rechargeable Battery (which is a nifty little gizmo but more of that later) I now have three of their mini amplifiers in various places around the house.

The original Topping TP21 acts as a headphone amp next to my bed and is plugged into a Squeezebox Touch and a pair of AKG something headphones. I use this rig to listen to music in bed when she who must be obeyed (“SWMBO”) is watching TV.

I also have a Topping TP20 in the same bedroom which acts as a much needed replacement for the TV sound. It is hooked up to the TV and a pair of Wharfedale Modus Cubes. The sound of the speakers built into the TV – a Toshiba 26″ thing – was woeful. The Topping is plugged into the headphone out so the TV remote still operates the volume. A high WAF (“Wife Acceptance Factor”) as I don’t think she even knows there is an amplifier and speakers there. Also attached to the TV via HDMI are an Apple TV and a recently acquired Amazon Fire TV. The latter has the SB Player app loaded so if it want music from speakers I can use the Fire TV as a music player.

The new Topping NX1 has been acquired to provide a solution to a problem in my Living Room. For years I have had a pair of Sennheiser RS130’s which are RF wireless headphones and with some trickery involving the multiple live outputs on a Squeezebox Classic, a Zone 2 facility on my AV Receiver, a long cable under the carpet and a separate Sony amp I have used these to listen to music in the Living Room when SWMBO is watching serious stuff on TV like Emmerdale, Coronation Street and my current favourite I’m A Celebrity Get Me Out of Here. The Sennheiser’s are however reaching the end of their useful life. They suffer from interference and the volume control on the right hand earpiece has started to play up to an extent where if you are adjusting the volume you can cut out the right hand output altogether instead of making a minimal upward or downward adjustment. The problem (to me) is such than I started looking for alternative RF wireless speakers. I don’t want bluetooth.

While I have been researching options – only Sennheiser and Sony make serious contenders in the non Bluetooth wireless headphone arena – I have been using an old iPod touch with a pair of Sennheiser HD201s. The iPod has a copy of iPeng installed with the in-app player purchase so the combination is an effective alternative to the RS130s. The only downside being that the iPod’s onboard headphone amp is a bit weak. Step forward the Topping NX1.

It arrived on Friday and I had it connected and plugged in within minutes. It provides a set of Velcro tabs so it can piggy back the iPod. In this configuration there is very slight interference from the wi-fi signal but it left non piggy backed there is no interference whatsoever. It will also work as a great headphone amp while travelling. Nice clean sound and my HD 201s no longer feel as if they have run out of steam. I will need to trial some other wired headphones with this combo as the HD 201s have 3 metres of cable. A pair of B&W P7s has 1.2 m of coiled cable. Far more suitable but £330!

Following my look at Amazon Cloud Player the other day I have now had a chance to look at Google Music. It’s better, quite a bit better really.
END_OF_DOCUMENT_TOKEN_TO_BE_REPLACED

Had a play around with Amazon Cloud Player today and particularly the Importer and Amazon’s “matching” claims.
END_OF_DOCUMENT_TOKEN_TO_BE_REPLACED