First time I have seen the Arsenal this season. In home team seats courtesy of a customer. We weren’t rubbish but we weren’t good either and really only tried in the last 15 minutes.

That said Man Utd weren’t very good either. The crowd around me seemed to think they were, but from where I was watching they failed to exploit an obvious weakness down our left flank and while I haven’t seen the stats I am pretty certain that in the first half we had more possession and United only led because we gifted them a goal.

Mike Dean was the Referee. Inconsistent. Gave a dubious penalty and didn’t give Cleverley a second yellow when he booked Rooney for a near identical foul a bit later. He had no such charity for Jack Wilshere.

Away fans were superb. Santi’s late late consolation was the best goal of the game.

On Tuesday 30th October 2012 my Giulietta was 2 years old but that’s not why I shall remember the day. It was also the day that my son Chris and his partner Kelly presented me with my first grand child Olivia Ann born at 11:16 am at 7lb 12oz. 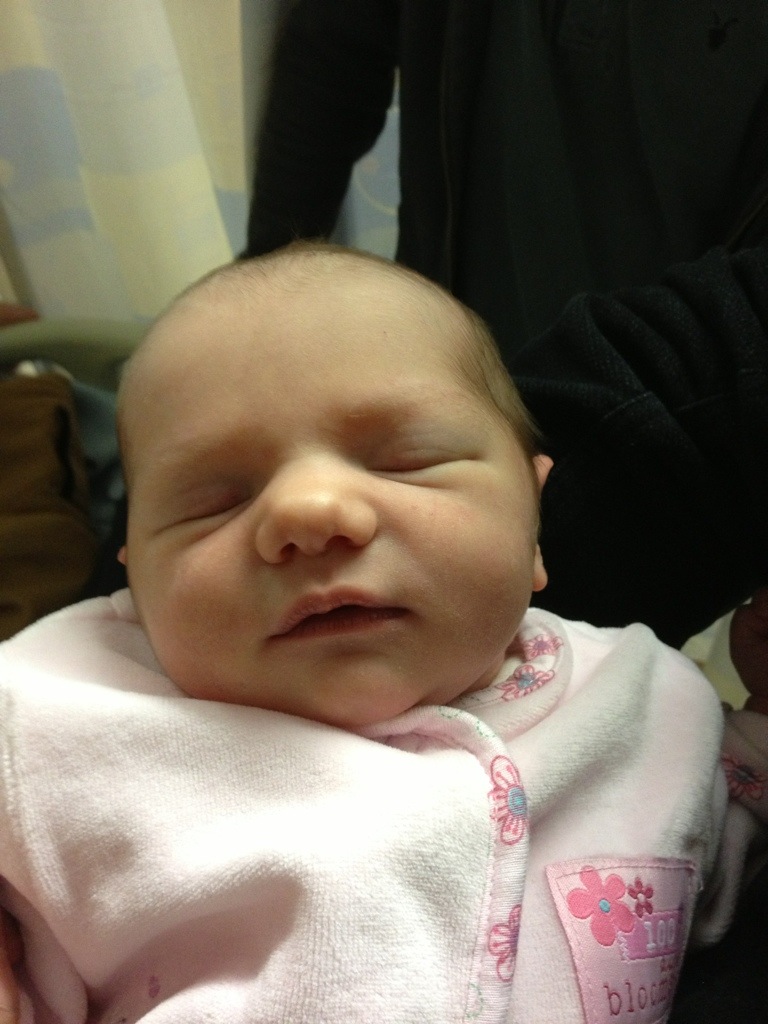 The above picture (taken when she was about 6 hours old) doesn’t really do her justice. Jane says she is a “sweetie” which I presume to mean that she is a pretty baby.

Anyway I am a very proud Grandad.