The MOT is due on the Cup next week but I have had it done early along with a rebuild of the front suspension and replacement of the original Oil Cooler and pipes.
MOT wise all that was needed was a replacement off side gaiter on the steering rack. There was some concern that the whole steering rack would need replacing so bit of a bonus.
Unlike the rear the front suspension has been replaced by all new parts. Front suspension parts are relatively cheap whereas the rear spring pans alone are £120+ each secondhand so as detailed in an earlier post they were removed, sandblasted and then powder coated.
The Oil Cooler didn’t need replacing but the pipes did. Alfa don’t sell them any more and you can’t get replacements except second hand. However Autolusso sell a kit that includes a new Cooler and the necessary parts to connect the old pipes. You cut the corroded part of the pipes off and replace them with rubber pipes that come with all the necessary connectors. Cost a fair bit but money well spent. 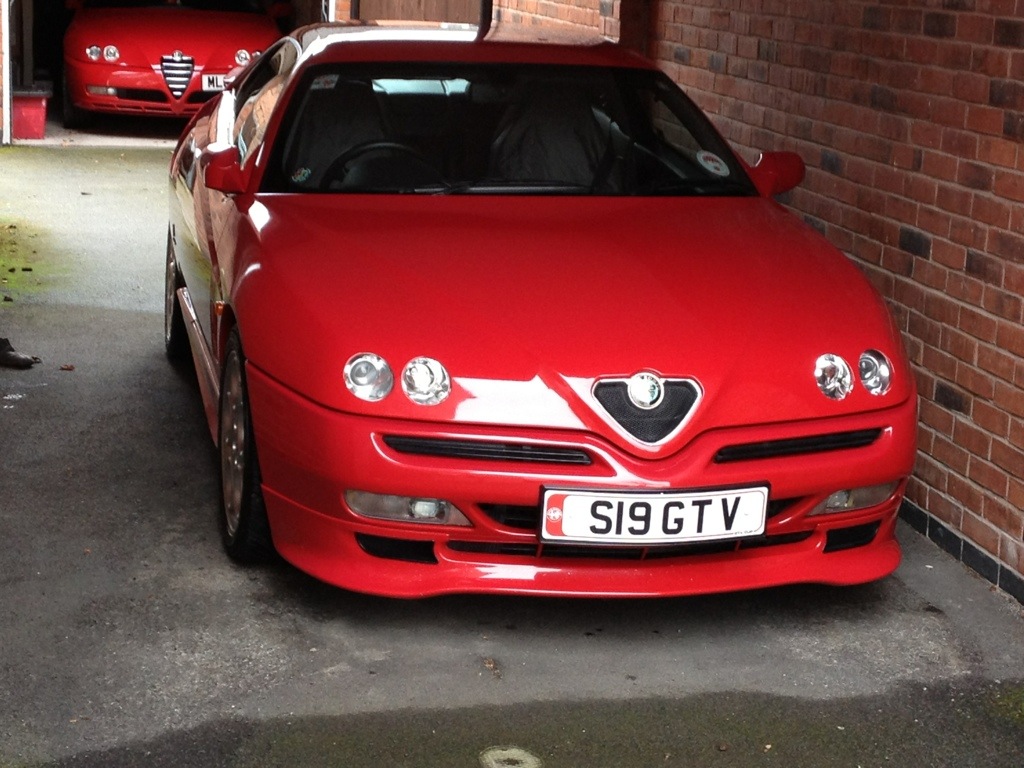